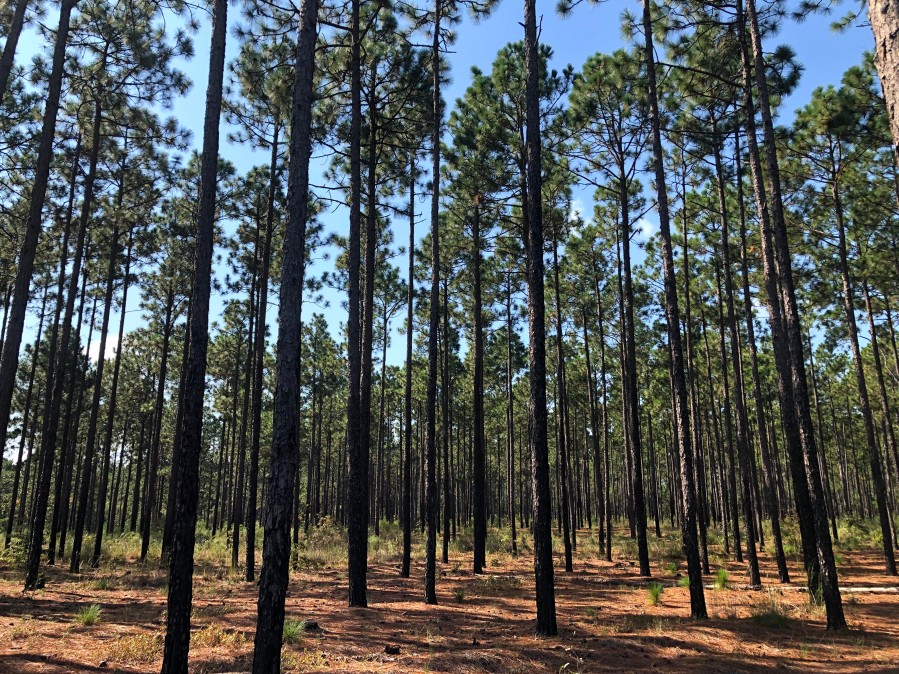 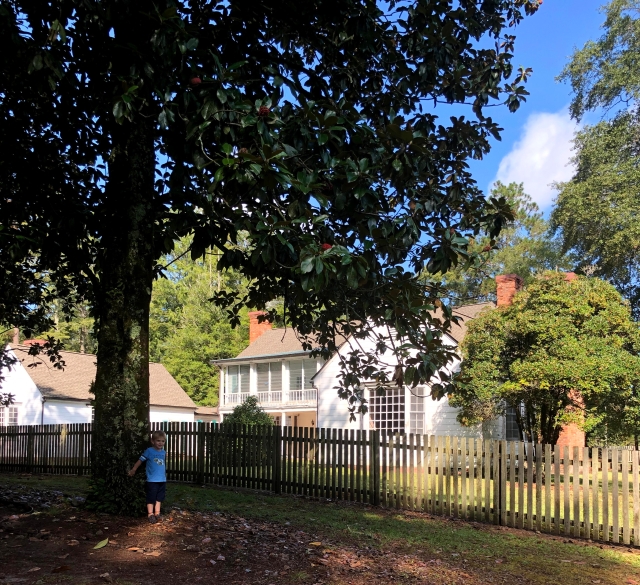 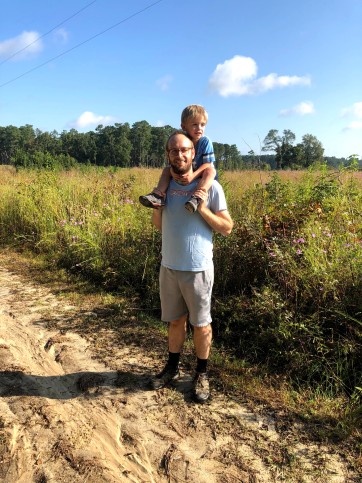 Carver’s Creek State Park is one of the state’s newest parks – opening in 2013. Long Valley Farm, the main park attraction, was formerly a vacation residence owned by James Stillman Rockefeller. We took the .5 mile hike from the car to the house in the blazing heat (be warned there is no shade!) and were intrigued to see the old 1930’s farmhouse. It was disappointing to see the house had really fallen into disrepair – hopefully they will restore the house one day as is the plan. There had previously been a mill pond on the grounds which allowed for fishing and canoeing as well, but the dam keeping the pond in place was totally wiped out by Hurricane Matthew. Crews were working to get the pond back in place in the near future. Let’s hope so! 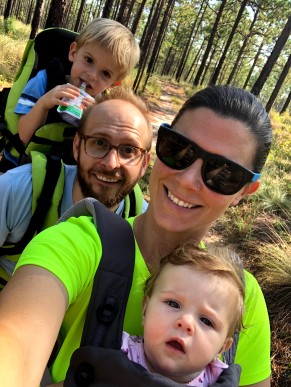 Earlier this year, the park opened a section section known as the Sandhills Access, which boasts over 11 miles of trails. This part of the park was a little better shaded, but still not great. The trails were sandy and landscape was moderately hilly and filled with long leaf pines. It reminded us a lot of Weymouth Woods. Overall the trails were good, and you could tell it was a newer park. Apparently word has not gotten out yet, because we did not see many other people! We did hear a lot of artillery fire (Fort Bragg was just down the road) and one of the themes of the trip was Sarah continually commenting how so much of what we were seeing an hearing was bringing back memories of her early childhood living on a military base. We also saw a snapping turtle on the trail, keeping our wildlife spotting streak alive.

Harvey particularly liked the trail we did (Wiregrass Loop Trail) because he loves pointing out all the blazes, and was really into the blue Hexagons (he pronounces (Eck-a-gons). We also spent a lot of the hike teaching him about North Carolina’s 3 regions (Mountains, Coast and Piedmont), and was a fun memory for us all.

After the hike, we drove a few miles down the road to downtown Fayetteville, which I think the last I had been to was a G-Unit concert in 2003. We love old NC downtowns, and it was clear like so many, Fayetteville has had quite the resurgence in downtown businesses recently. Lake Gaston Brewery (weird name choice, yes), had some decent beers and the food was quite good. We loved their downtown space! 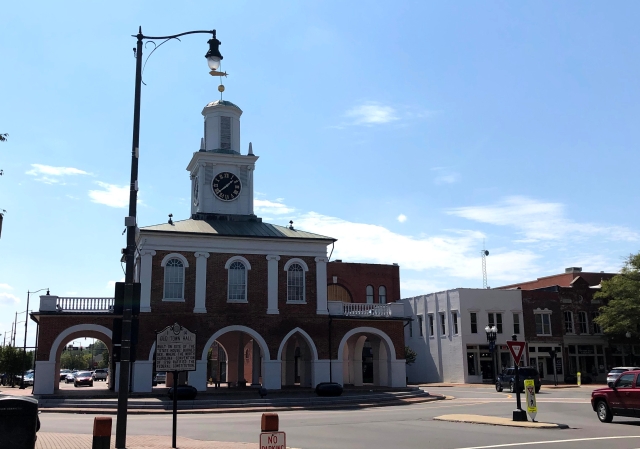