So, I wanted to update everyone on what’s been going on since Sarah’s last blogpost. I’ll do my best to keep it short, as I’m sure Sarah will want to do a much more detailed post in the near future!

Everything sort of started just after her last blog post a couple Mondays back. Sarah was feeling a little off and extremely swollen at the end of her work day, and because her blood pressure had been a concern, she went to CVS to check it. It was the highest it had been up to that point – 155/115. I made an appointment for her the next day at the birth center, where her blood pressure remained just as high. The midwives were quite concerned she could be developing preeclampsia and did her bloodwork and a urine test, which came back normal. At the birth center’s recommendation, Sarah went on bedrest in an attempt to control her blood pressure. We had another visit a couple of days later, and it was quite apparent being off her feet a done her a load of good – her blood pressure had dropped a bit, and she had actually lost two pounds in fluid over the two day period. We were optimistic that with continued bedrest her blood pressure would remain under control and a natural delivery at the birth center would be possible.

A few days later, on Monday morning, Sarah woke up with a rather severe backache. I headed to work, but couldn’t help but be worried about her. We then had the following text exchange. 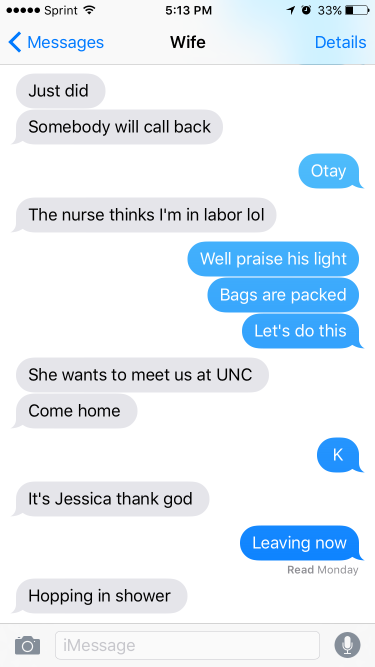 With that we were at UNC less than an hour later, where her intake blood pressure was at 175/115. Things started happening really fast, and a lot of the details are hazy for me at this point. Our midwife told us that she had discussed the situation with the attending doctor and they both agreed that Sarah was unquestionably preeclamptic at this point, and that they should get her started on a magnesium drip, as well as other medications to get her blood pressure under control, followed quickly by an induction. We were in shock and in tears, but we agreed, and basically told them we were in their hands and to do whatever necessary to get us a healthy mom and baby.

Things got scarier before they got better. Before they could get Sarah set up on the medication, her blood pressure had soared (probably due to the circumstances) to 188/125. Fortunately, the medication worked great once they figured out the best cocktail Sarah responded to, and it was mostly a non-issue during her labor.

I don’t want to get into too much detail about the labor (I think Sarah will be much better at that), but before we forget, a basic timeline of everything is below.

1:14PM – Harvey is born (On the same day as two of his great-grandparents!)

I will say Sarah’s courage, determination, and positive attitude during the entire labor process was UNBELIEVABLE. Sarah’s plan (and how she prepared) for labor had been one where she was free to move around, eat and drink freely, in a non-hospital environment. Instead she was confined to bed where she was hooked up to IV, blood pressure machine, catheter, and unable to eat (she had to wait 24 hours after delivery to eat). She handled it all with grace and barely complained. Her entire focus was getting baby out healthy and she embraced the entire experience for what it was, taking it all in, instead of focusing on how it wasn’t what she wanted. All of the nurses and doctors commented on how great she was doing and how well she was handling all the different stages of labor.

The best part was when it came time to push. Sarah completely lit up and kept saying how much she loved it. Finally, she was in control of something, and she didn’t disappoint. Her mom, my mom, and I were all there to help encourage her, but she did it all herself. With each push you could sense she felt closer and closer to her baby. Overall, the pushing was only an hour and half, and the time from induction to delivery was less than 24 hours (very fast for an induction on a first child).

When the baby finally came, it was up to me to announce the gender. In what was the most amazing, surreal, elated moment of my life, Sarah pushed the baby all the way out, and as the doctor held him and turned him towards us, I yelled “It’s Harvey!!”. He came out looking pink and whimpering, so they were able to put him immediately on Sarah for skin to skin and we all laughed, cried, and I felt the most intense happiness and relief I’ve ever experienced in my life. 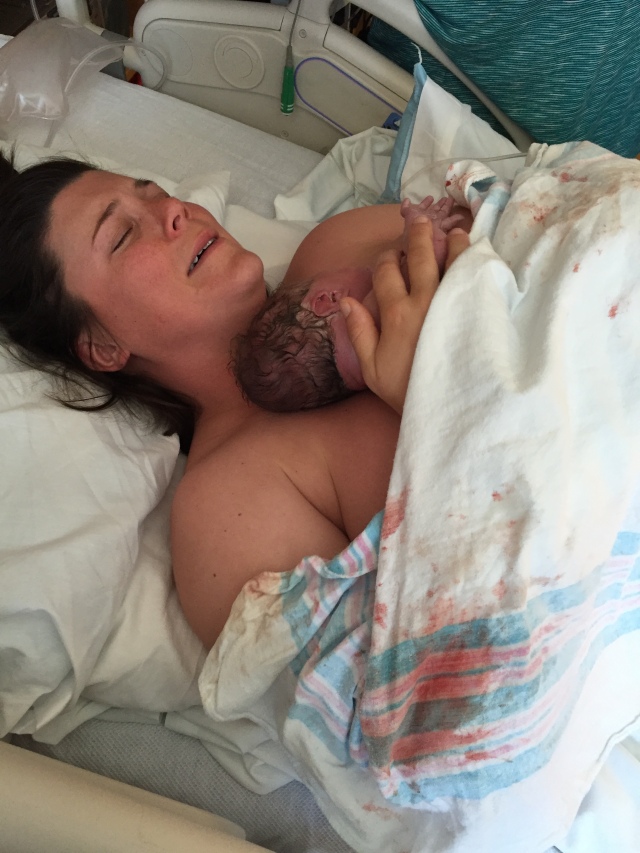 As I write this on Saturday, its now Harvey’s 5th day in the world. During the past few days we’ve seen so many different sides of him already! It’s hard to have too much personality when your life consists of sleeping, eating and pooping but a few of my favorite physical and personality traits so far are below.

Harvey Dent – As soon as he came out, my mom was the first to notice his prominent chin dimple.

Harvey Milk – UNC had some fantastic lactation consultants that were able to help us make sure Harvey was feeding well. He’s done really great so far despite his wee little mouth. Other than witnessing the birth itself, the whole aspect of breast feeding and what all goes into it has really blown my mind. I certainly understand why some women choose formula, because it is not easy.

Pee Harvey Oswald – His favorite time to pee seems to be when he’s getting changed as to give the changer a nice spraying.

Harvey Cry-tel – When he first came out, his cries were just a little whimper and they were constant. After an hour or so of skin to skin time, they put him under the warmer, and he fell asleep for the first time. Since then his cry can still be very whimpery at times, but he’s not afraid to let out a good belt if he’s not content – usually when he’s being changed, moved, or hungry. 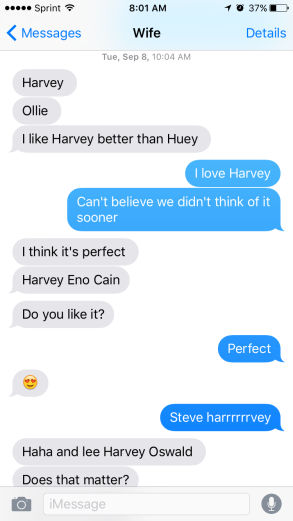 We’ve had a lot of questions about how we came up with the name “Harvey”. Eno is a little more self explanatory – we liked it because of a river and state park we do a lot of hiking. Also, it is similar to my middle name of “Eli”, and everyone in my immediate family has either a first or middle name beginning with “E”. Long before we knew Sarah was pregnant we had talked about what we’d name our kids. Our favorite names were those that had previously been popular long ago, but had since had a decline in popularity. Harvey fell in that category for us. I actually went back and found the conversation where we decided on Harvey. It was very short and sweet! For context, it wasn’t uncommon for us to just text either name ideas at the time. This was back in September, just a couple weeks after we found out Sarah was pregnant!

Finally, I wanted to let everyone know, I am writing this from the hospital, in what will be our final hour or two here – just waiting on all the discharge paperwork to go through. We had originally planned on leaving yesterday, but Sarah’s blood pressure took a bit of a spike yesterday morning. This isn’t uncommon with preeclampsia,

and medication soon got it under control. She will continue to take medication for her blood pressure for a couple of weeks, and it should be under control at that point. Harvey, as it turns out needed an extra day to monitor his weight, and bilirubin (related to jaundice) levels, which are now fine, but were a little iffy yesterday. Additionally, he didn’t pass his “car seat test” after a couple of tries the past two nights. This is a test they do with preemies to make sure their oxygen levels don’t dip too low while in their car seat for 90 minutes. Unfortunately, Harvey didn’t do well in his car seat. Fortunately, they had a “Dream Ride” car seat, where Harvey is able to actually lay down in his car seat instead of sitting up, and Harvey passed the test just fine.

Ok, so that’s it for now! Excited beyond words that we are going home today!

I’ve included some more pictures for your enjoyment below. 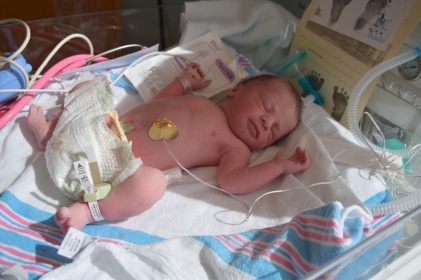 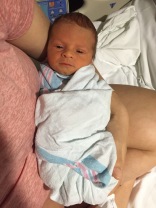